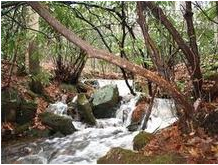 The most important part of any diet is pure water. Water is a major constituent of our body and we need to consume it daily just to stay alive. Proper water consumption provides multiple health benefits, however the water we drink must be pure if we are to receive those benefits without serious compromise.

Straight from the Tap 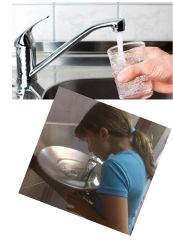 In the 1960’s, when we Baby Boomers were growing up, most Americans drank water straight from the tap. Public drinking fountains were ubiquitous and no one carried bottles of water around with them, as they do today. At that time many municipalities had long since been adding fluoride (an industrial waste byproduct from aluminum manufacturing) to their drinking water, since it had been touted as a preventive for tooth decay.

My mother, unlike most of her contemporaries, was well aware of the quality of  tap water, therefore it was not used as drinking water in our home. So what did we do for drinking water? I will tell you….. A large patented “water purifying stone” was placed in an approximately eight-gallon glass bottle of tap water. The bottle was then left for a prescribed period of time (usually several hours or overnight), during which the stone would draw many of the various contaminants and additives, including fluoride and chlorine, out of the tap water. 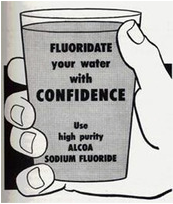 With all the pure water needed in our home for drinking, washing fruits and vegetables, and cooking and baking everything from scratch, this rather primitive procedure had to be carried out several times a week. Then, after a certain number of uses, the stone would need to be replaced. Looking back, I am amazed to think of how well we managed to deal with this process (kudos to my mother!), which at the time we accepted as a necessary part of life. Thankfully, by the time I was in my mid-teens, we had emerged from the “stone age” into the comparative ease and convenience of a counter-top filter. It was the most effective, reliable unit available at the time. 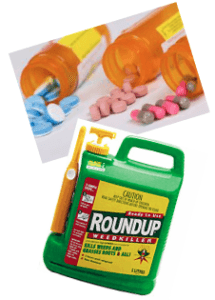 Today, the issue of mandatory government fluoridation of our drinking water is a controversial one. Many concerned parents and other citizens are speaking out against it. The American public is now largely aware that their tap water is loaded with microorganisms and toxins, including traces of dozens of pharmaceuticals (the U.S. government does not require drug testing of tap water or bottled water) and a long list of dangerous industrial chemicals. Glyphosate, for example, is the key ingredient in Roundup, Monsanto’s widely used broad-spectrum herbicide. Our home state of California allows 1,000 parts per billion of glyphosate in drinking water. That is 1,000 times more than a recent study has shown to proliferate the growth of breast cancer cells in women by 500% to 1300%.

With growing public concern over the safety of tap water, more and more people have turned to bottled water, believing that they are getting a healthy alternative. Unfortunately, however, in most cases bottled water is a poor choice. There have been several controversies over the years regarding various brands of bottled water not actually being what they are represented to be. In 1999, the National Resources Defense Council (NRDC) published the results of a four-year study in which researchers tested more than 1,000 samples of 103 brands of bottled water. Despite advertising claims, the researchers found . . . .

Get Off the Bottle

With growing public concern over the safety of tap water, more and more people have turned to bottled water, believing that they are getting a healthy alternative.

“An estimated 25 percent or more of bottled water is really just tap water in a bottle—sometimes further treated, sometimes not.”

So while there are companies that do provide a clean, high quality product, many do not meet their advertising claims or even an acceptable standard. Because bottled water is defined as a food, it comes under the authority of the Food and Drug Administration (FDA), whose requirements are not nearly as stringent as the Environmental Protection Agency (EPA), which regulates tap water. And yet, although the EPA and Congress regulate over 100 pollutants and 91 chemicals through the Safe Drinking Water Act, former EPA administrator Lisa Jackson acknowledged when still in office that American water fails to meet public health goals, and water pollution law enforcement is unacceptably low.

Even the highest quality bottled waters are compromised by the plastic bottles that leach phthalate (a highly toxic synthetic substance commonly used to make plastics more flexible) into the water. Refilling and reusing plastic water bottles is an unwise practice, since the older the bottle gets, the more phthalate it leaches. Heat triggers the release of much more phthalate from the plastic into the water. It is impossible for the consumer to control the way their bottled water is handled before it reaches the supermarket shelves, but if you do drink bottled water, don’t store or leave it in a hot car, or sitting in direct sunlight, or you will surely end up drinking a very toxic cocktail. If you notice that your bottled water has a bitter taste, stop drinking it immediately. Then recycle–do not reuse–the bottle!That brings us to yet another serious issue with bottled water. So many people fail to recycle the empty bottles, which then become waste for the landfill, creating and exacerbating a major environmental problem.

That brings us to yet another serious issue with bottled water. So many people fail to recycle the empty bottles, which then become waste for the landfill, creating and exacerbating a major environmental problem.

A high quality water filter is the best, most economical, and greenest answer to the need for pure drinking water. There are different types of filtration systems and the manufacturers should provide specs on exactly what contaminants each of their filters does and does not remove. 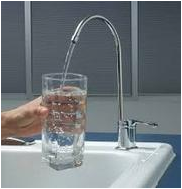 I purchased an expensive unit in the late 1980’s from a highly reputable company that I have continued to deal with ever since. That filter, with proper maintenance, provided wonderful drinking water for twenty years, at which point technical advancements made replacement seem like a good idea. The system I use costs several hundred dollars to purchase, but can now be rented by the month (about $30 per month, after an initial installation fee), all parts and service included. I find renting to be the best option.

That brings us to yet another serious issue with bottled water. So many people fail to recycle the empty bottles, which then become waste for the landfill, creating and exacerbating a major environmental problem.

If you have been incurring the significant monthly expense of bottled water for drinking and cooking, consider investing in an effective, high quality filter from a reliable manufacturer. It will not only be much safer and far healthier for you and your family, it will also save you a lot of money.

Remember: Green Lifestyle Consultants offer referrals to reputable, reliable green service providers–those we know from personal experience have integrity and are on the cutting edge. We want our clients to feel confident and secure that when they spend their hard earned money, they are getting the best, most authentic green product and/or service available!